Playing at home in the Stephen C. O’Connell Center for the first time since Aug. 31, the No. 5/5 Florida volleyball team was impressive in recording its 35th consecutive win in the series against Mississippi State with a 3-0 (25-12, 25-14, 25-18) sweep on Friday night.

Florida hit .390 as a team on Friday night, marking the squad’s highest team hitting efficiency in a SEC match so far this season and its second-highest efficiency of the year overall. The Gators out-dug the Bulldogs 46-27 and led in kills 52-25.

The Gators improve to 35-0 all-time vs. Mississippi State, including a 26-0 mark under Wise’s direction. The Bulldogs are one of four SEC teams Wise has never lost to during her Florida head coaching career. Florida holds a 105-3 set advantage in the all-time series following Friday’s match.

Florida returns to action on Sunday when it plays host to Alabama. Opening serve in the Stephen C. O’Connell Center is slated for 1:30 p.m.
Read More 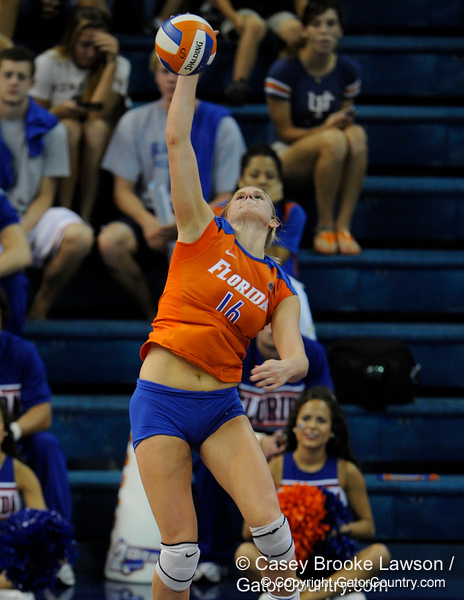