University of Florida senior football players and Mr. Two-Bits, George Edmondson, were honored in special pre-game ceremonies before the Gators' 70-19 win against The Citadel on Saturday.

The 2008 Gator Senior Class has posted an overall record of 41-9 and are 24-8 (.750) in Southeastern Conference action, highlighted by the BCS National Championship and SEC title in 2006, Eastern Division crowns in '06 and '08 and two January bowl victories. The 2008 senior class posted a 25-2 record in "The Swamp."

The 86-year-old Edmondson, who has led his famous cheer at Gator games for 60 years, is retiring from his role and capped his career versus his alma mater. Ironically, The Citadel was also UF's opponent when he made his debut way back on Sept. 24, 1949.
Read More 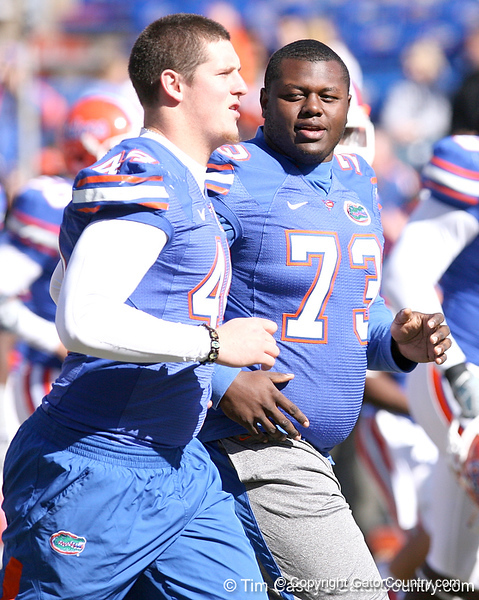