The University of Florida men’s and women’s cross country teams took first place for the fifth consecutive year at the Mountain Dew Invitational on Friday evening. The No. 14 women tallied 18 points and the men recorded 20 points as both teams placed six Gators in the top 10.

Junior Charlotte Browning won the women’s 5K, clocking in at 17:25.08, the third-best time ever run at the Gator Invitational. She also recorded the third-best time on the UF Golf Course in Gator history. Sophomore Genevieve LaCaze, last year’s winner, came in second in 17:41.03.

Embry-Riddle’s Evans Kirwa won the men’s race in a time of 24:21.1, recording the third-best time at the Gator Invitational. His team took second and North Florida came in third. Florida Southern was fourth and FAU claimed the fifth spot.

The Gators will be back in action on Friday, Oct. 2 when they travel to South Bend, Ind., for the Notre Dame Invitational. Last season, the women placed fifth and the men tied for sixth in the high-competitive meet.
Read More 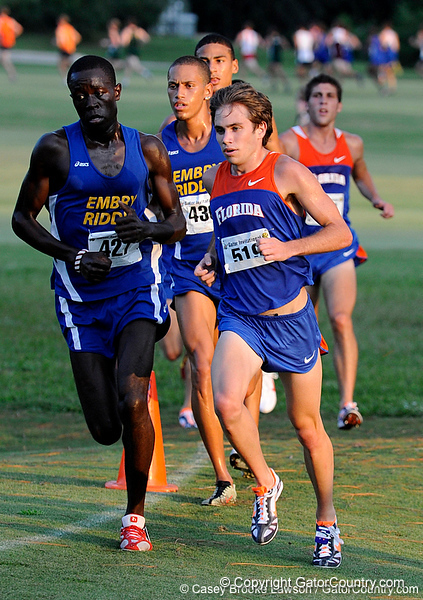